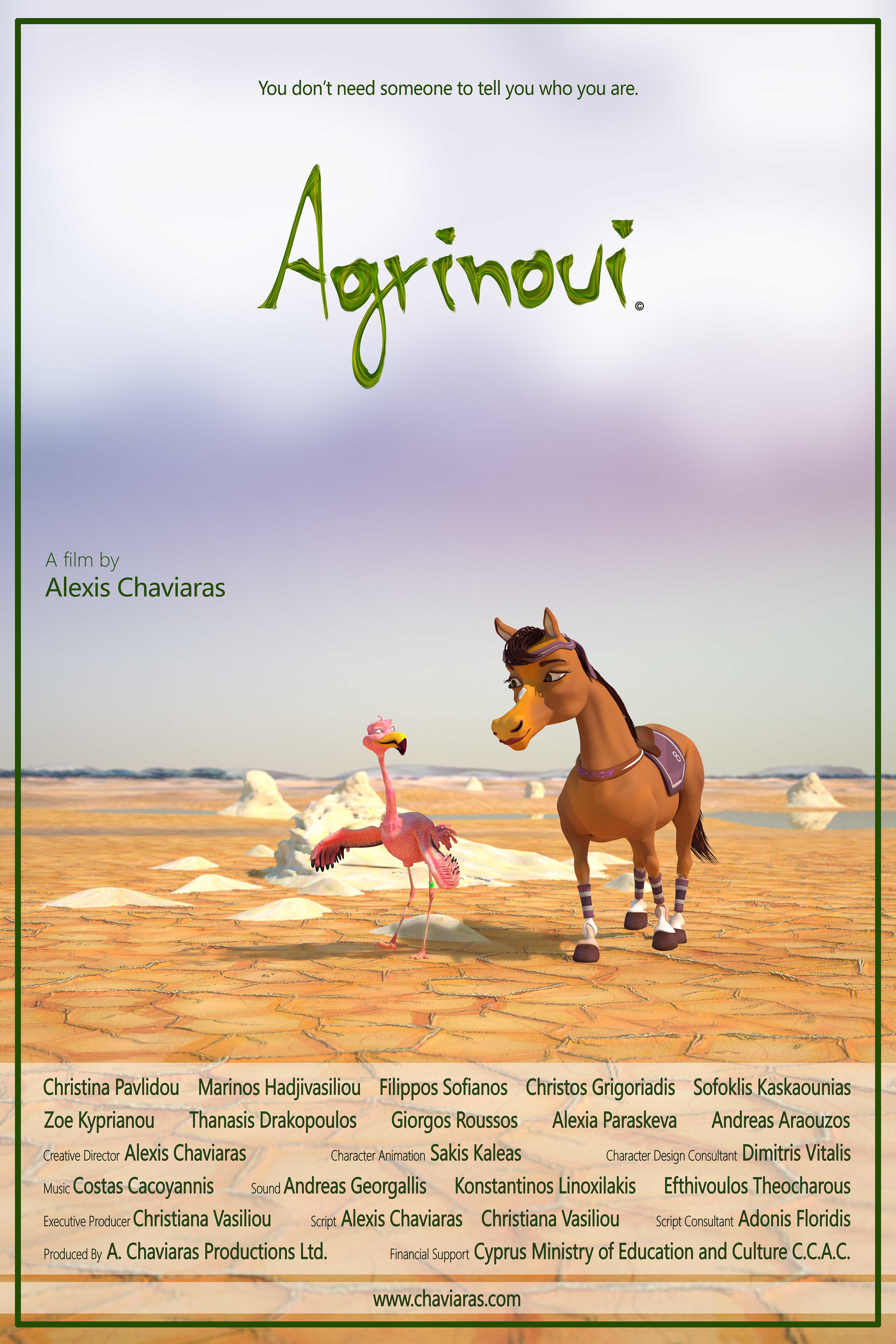 is a short 3D computer animated film and a pilot production for the TV show in development Olympia the Horse.
Since Agrinoui was made in 2015 it participated in more than 300 film festivals and received numerous awards.
The film has audio in English, Greek and Russian; and subtitles in several more languages.

A young mare visits Cyprus to take part in races. Frustrated from failure, she abandons the racetrack after confronting her strict father. The mare will meet new friends who will try to help her find her lost courage.

The incredibly talented people that contributed to this production made this film a joy to create.
The film appeals to a wide range of age groups. The story shows the building of friendly relationships while focusing on the athletic and psychological challenges of the protagonist.